Cloudborn is a climbing adventure where you uncover the secrets of a lost civilization on the back of a giant flying creature!

Founded the company and brought in an investment of 6 mil SEK. Developed Cloudborn from concept to completion. Designed a fast and agile climbing  locomotion system with momentum being maintained between walking/running and climbing, while mitigating potential motion sickness issues.

Did everything from level design, writing, to game mechanics and building a development strategy that focused on building generic systems for maximum reusability in future products.

A lot of lessons learned from Cloudborn were about design processes and communication. It was the final nail in the coffin of the idea of a "hero designer" for me, that one person who can drive a project all by themselves and has all the best solutions. Being forced to go outside of myself and even the team for solutions was humbling.

Being able to communicate design and design intentions effectively to investors, media and audience became very important. It was also the first time I had junior designers / level designers working under me and it was very rewarding to help them along and to work on a common design process together.

Throughout my life I have always ended up in leadership roles for one reason or another, and I think after Cloudborn I realized that it is because I enjoy the developing of a process to do something as much as doing the thing itself.

A Fashion MMORPG for iOS and Android 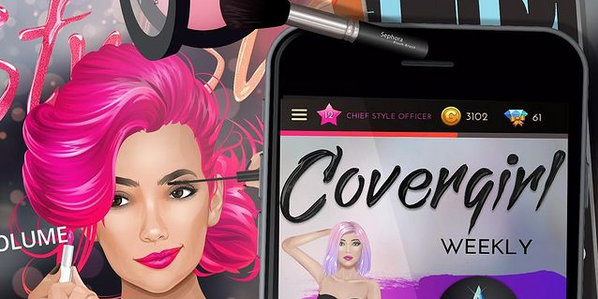 Stylista is a cool dressup game where you travel to fashion capitals all over the world and style your friends for cool events. You can also take your styles to the Runway and compete against other players for a chance to become the prestigious Covergirl.

Worked for 1,5 years as the main designer on Stardoll Stylista as a consultant.

Took Stylista from concept to post launch operations. Designed a competitive PVP dressup feature to promote retention, focusing on the the competitive nature of fashion and the quest for popularity and fame.

Stylista was the first commercial game where I was a part of the project from beginning to end. It was an immensely rewarding experience and I learned so much. Working on a mobile title was interesting and certainly a useful experience, especially because I learned so much about retention, conversion and all those little things that go into making a freemium game.

I had to wear many hats during the course of development, but I love being involved in everything so that suited me fine. For most of the final year I was the lone designer on the project and for the last few months I also took over producer duties on my companys side. Having more responsibility was very rewarding.

Bloodsports is a top down hero defense game heavily inspired by old Warcraft 3 custom maps like Enfos. Players take on waves of enemies that are trying to get to the missile silo which you are defending. The game four game classes and eight characters to choose from

Started as an Intern, moved to Junior Designer.

Designed and scripted boss encounters and enemy abilities as well as items and hero abilities. Tweaked the progression system a lot Tutorial design. Balancing and testing. Some audio design and writing.

After release I was given solo design responsibility for the games only DLC thus far, Blood Brawl.

Bloodsports.TV was the first commercial game release I was involved in and also the first game where I was not intimately involved in the original design of the game. It was a fun challenge to integrate myself into someone else project and begin contributing quickly. It was also interesting to work in a completely new engine, and a scripting language I hadn’t used before (LUA). I quickly found that the engine allowed for quick iteration  which suited my workflow very well. Learned so much about polishing and working on a game where money is actually on the line. It was an amazing project to be part of, and played a big part in my development as a game designer.